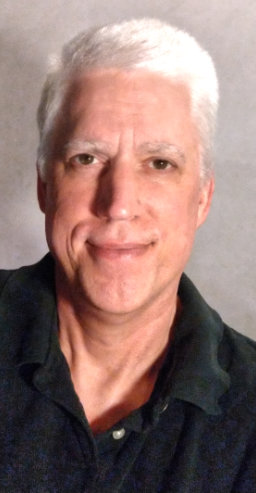 I've been a follower of Christ for almost 50 years. I'm not sure if that means much, other than my collection of mistakes is probably longer than yours. I even have the scars to prove it.

I am blessed to have had Christian parents who led me to the Lord, as well as a love for learning. They are not responsible for my strong opinions and big mouth. That 'big mouth' has gotten me into a LOT of trouble.

I studied Physics at Butler University intent on eventually getting a Ph.D. and doing research. However, God had other plans. Before I could complete my first degree, the Lord dragged me off to the Indianapolis campus of Indiana University, where I found a professor who was an expert on the Arab/Israeli conflict.

Poor Dr. Winslow. He had high hopes for me, but he was an Arabist. And, I wasn't.

Don't get me wrong. I love the Arab people, but I love God more. This means that I must follow what God is doing. But, I'm getting ahead of myself.

Clutching my newly-minted political science degree, I launched out into the world and quickly realized that I had nothing to offer an employer, other than a college degree that meant little - other than an ability to finish what I start. So, I went and got an MBA.

(Which means that I'm a High School dropout
with a Masters Degree.)

I enjoy business and finance, almost as much as science and Israel. So, when God called me to Jerusalem in 1992, I was able to work for a small investment company, doing research and analysis. I eventually wound up managing a small mutual fund before God again sent me off in a different direction.

I am an example of how a hair cut can change your life. There I was, in Jerusalem and sitting in a barber's chair, when the guy cutting my hair said those fateful words:

A friend of his needed a writer to work for him in Tel Aviv, writing computer manuals. I've been a professional writer, ever since - mostly for high tech companies.

God then dragged me back to Indiana in 2006, and I complained all the way. Poor little me felt much abused, even though I knew that God had His reasons. I found out what those reasons were, when I met the most fabulous woman on the planet and convinced her to marry me - in 2008. You should feel sorry for my wife. She's married to a crazy man.

On a side note, I was a painfully single man in 1992. And, when I left the United States, the question on every single man's mind was:

Do you kiss on the first date?

When I returned in 2006, that wasn't the question, anymore.

Thankfully, all of that is behind me, and I have a wonderful marriage. Praise God!

In 2010, I dragged my long-suffering wife off to Israel, and then to the country of her birth. And yes, I really did choose to live in Taiwan. (At God's direction.) Seriously, I may even like the place better than she does. But, I'm getting ahead of myself, again.

In late 2010, as we were sitting in our apartment in Jerusalem, we realized that we couldn't stay. The choice was either return to the US, or move to Taiwan. Since I could not bear the thought of living in the US (see the 'side note' above), the decision was easy. America didn't feel like home anymore, so I was willing to give Taiwan a try - and to see how God would use us there.

Taiwan is a wonderful place full of interesting people and awful food. Really, the food is the only thing that I don't like about Taiwan. Having said that, lots of Americans love truly authentic Chinese cuisine, even better than cheeseburgers and pizza. But...

...I LOVE cheeseburgers and pizza.

You can find some pretty good examples of both, here in Taiwan, so I'm reasonably content. Just understand that the 'Chinese' food in America is NOT Chinese.

One other thing that I love about Taiwan, is the opportunity teach Bible classes. I have taught two of them in Taipei for years, and they have been a tremendous blessing to me. Nothing gives me more joy than talking about God and the Bible.

I make forays back to Jerusalem, every once in a while. It helps keep my Hebrew sharp, and there really is no place on Earth like Jerusalem. It is my favorite place on the planet. And, I really consider that ancient city to be home.

I realized that I had been asleep, and that I needed to quickly get up to speed on what was happening. The more I learned, the more horrified I became, and that led me to create this website:

I eventually wrote articles for Omega Shock every day, until late in November 2014. When the full implications of what was coming hit me, I decided to reduce the amount of writing that I was doing, so that I could concentrate on Ezekiel's Fire. As I write this, financial collapse is happening, and it will be bad. But, it will not compare to the aftermath of Ezekiel's Fire.

For a clearer view of who I am, I'll have to direct you to my writing. I put a lot of myself into what I write, and if you read enough of it, you'll get a fairly accurate picture of who - and what - I am.

Most important, I pray that every word that I write is a reflection of God's work in my life. I certainly would not have been able to offer anything of value without God's direct intervention. If what I say is of benefit to you, praise God. After all, He's the one who has given me the words to write.

The mistakes are mine.

Click Here To Go Back To The Table Of Contents

May God preserve the words that are true
and cast away those that are not.

This book is absolutely free. You are not allowed to sell the electronic version of this book or the printed version - except to cover the cost of publishing.

EPUB - Great for cellphones and tablets

HTML - A single HTML file (make sure to save it)

All of my work for the Body of Christ is free. But, I can't do that without help.

John actively posts on the Omega Shock website and welcomes your questions and comments:

The companion book to this one. It is still being updated, but you can find it here:

whengogcomes.com - Correcting The Timeline Of The Last Days.